The workshop agenda is now available!

Stephen F. Cash began his career at the NASA Marshall Space Flight Center (MSFC) in 1983, serving initially as a stress analyst in the Structures and Propulsion Laboratory. Mr. Cash was assigned to the Solid Rocket Booster Redesign Team after the Challenger accident, where he was in charge of the Transient Pressure Full Scale Test Article. After the successful return to flight of the Space Shuttle in 1988, he became Manager of the Advanced Solid Rocket Booster Case Subsystem. Mr. Cash returned to the Redesigned Solid Rocket Motor (RSRM) in 1993, where he served as a subsystem manager, branch chief, and Chief Engineer. Mr. Cash was named the Deputy RSRM Project Manager in 2000. After the Columbia accident in 2003, he spent a year at the Kennedy Space Center as an Assistant to the Launch Manager, working on Return to Flight launch issues. Mr. Cash became the NASA Engineering and Safety Center (NESC) Chief Engineer at the MSFC in February of 2005, where he was responsible for performing independent and in-depth technical reviews of NASA’s most difficult problems and challenges. After leaving the NESC, he was selected as the Shuttle Propulsion Chief Engineer in December of 2005. In June of 2006, Mr. Cash was selected as the Deputy Manager for the Shuttle Propulsion Office. In 2007, he was selected as the Manager of the Space Shuttle Propulsion Office for the Space Shuttle Program at the MSFC. In this capacity, he was responsible for the integration and management of the shuttle propulsion elements, which included ensuring technical, cost, and performance objectives were met, as well as assuring safe and successful Shuttle missions. In August 2011, after the retirement of the Space Shuttle Program, Mr. Cash was named the Director of the Safety and Mission Assurance (SMA) Directorate at the MSFC, where he is responsible for leading the SMA Directorate providing executive guidance, technical resources, and oversight necessary to ensure safe and successful execution of the MSFC programs/projects, and to sustain an industrial safety program that ensures the safety and well-being of the MSFC contractor and civil servant workforce.

During Mr. Cash’s career at NASA, he has received many honors, such as the Distinguished Service Medal, Exceptional Leadership Medal, Outstanding Leadership Medal, Exceptional Achievement Medal, The Eagle Manned Mission award for significant contributions to manned space flight, the Meritorious Executive Award, the Silver Snoopy Award, the Director’s Commendation Award, and the Holger Toftoy Award for Outstanding Technical Management, and is a recognized member of the Senior Executive Service.

Mr. Cash earned a Bachelor of Science Degree in Civil Engineering from the University of Alabama. 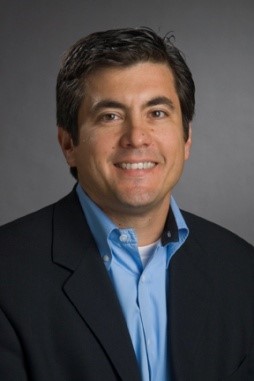 Given by Dr. Andres Carrano from Auburn University.

This talk will cover the fundamentals of the predominant additive manufacturing technologies employing polymers and metals. It will also address the main material characteristics as well as process parameters that impact product quality and may contribute to the appearance of surface defects and deviations in dimensional and mechanical properties. The detection and mitigation of component defects, artifacts and imperfections will also be discussed.

Dr. Andres Carrano is the Philpott WestPoint Stevens Associate Professor in the Department of Industrial and Systems Engineering at Auburn University. He co-directs the 3D Printed Bio-Surfaces Laboratory located in the Auburn Research Park. Prior to coming to Auburn, he spent thirteen years on the faculty of the Kate Gleason College of Engineering at the Rochester Institute of Technology in New York. At RIT, he founded the Toyota Production Systems Laboratory and served as its director for over a decade; a period in which it grew into a nationally-recognized award winning facility. He was also instrumental in the development and delivery of the Master program in Sustainable Engineering at RIT, the first of its kind in the U.S. Before that, he served for two years on the faculty at the Universidad Catolica in Venezuela.

Dr. Carrano has held formal faculty appointments at universities in Japan, Turkey, USA and Venezuela. He earned his Ph.D. and M.Sc. degrees from the Fitts Department of Industrial and Systems Engineering at North Carolina State University and his B.S. degree from Universidad Catolica Andres Bello (Venezuela).

He is the President of the College Industry Council in Material Handling Education (CICMHE) and a senior member of IIE, SME and ASEE.

A hotel block at the Huntsville Marriott has been reserved at a price of $89 per night (single or double) including free internet. This hotel is walking distance (next door) to the NASA Training Center where the workshop will be held. Attendees should make their hotel arrangements directly with the Marriott by phone at 888-299-5174 or on the web at this link.

Information for vendor registration can be found here.