General Information Regarding the Near-space Balloon

On July, 2013, the 9-foot diameter near-space balloon carried a 4.7-lb payload to approximately 90,000 feet capturing NASA quality pictures along with recording pressure and temperature readings. On launch day around 15 students participated, but the core group that worked on the project consisted of two students and one professor. From start to finish, the project took around 4 months to complete. The longest part of the project was fundraising, which took two months and raised \$1,700 (although the final total cost of the project was only \$1,000.) 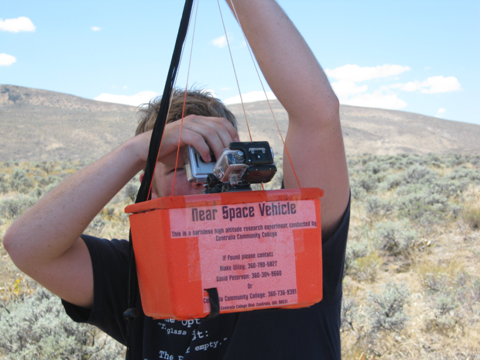 Close up of Near Space Vehicle

What was the goal of the project?

The overall goal of the project was to capture pristine pictures of the curvature of the Earth, and also collect data about the temperature and pressure at high altitudes. In addition, the project team wanted to use the mission as a proof of concept for more advanced projects in the future. 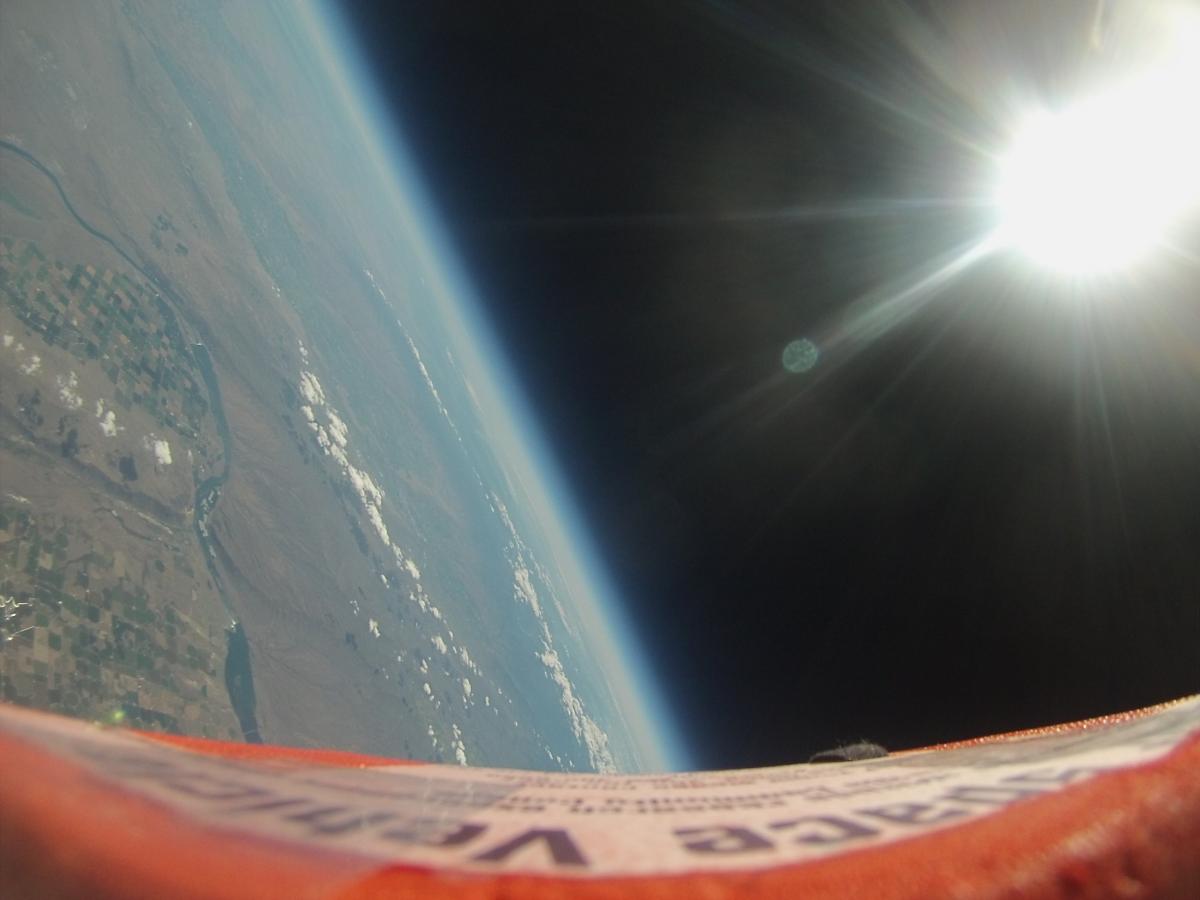 The internals consisted of:

There were two main problems in the launch. The first problem occured on the day of the launch. The students used Google Earth to find what looked like a perfect launch site (flat, open, and on the countryside). When the team arrived at the site, it was realized that the open area chosen for the launch site was actually a military facility, and the facility would not give permission to launch from the land.

The second problem occured when trying to recover the payload. The online path predictors predicted the payload would land 10 miles away from where it actually landed. The payload also landed in a large potato field, making it difficult to find.

For this project, the problems encountered were not very mission threatening. The team did a good job of preparing for problems beforehand, which is made clear through the project's success.

How were these problems solved?

The first problem was solved by locating another open, flat area on Google Earth. The team simply used trial and error to locate a new location. The lesson learned here is to plan out everything beforehand -- even when it involves something as simple as finding a launch site. The best way to plan for this type of error is to actually visit the launch site before the launch to be sure the terrain and location is suitable for launching.

The second problem is a little more difficult to address. Predicting the location of the payload when it falls back to Earth is arduous, and nearly impossible to predict accurately because of the large number of unknown variables that can occur high in the atmosphere. Because of the unpredictability of the payload landing point, if a prediction is made, it should be taken lightly. The payload landing in a large potato field also created another problem with obtaining the payload. It was a lengthy burden to the team to search and find the payload, even though the GPS signaled that the payload was in the field. The team plans on bringing an aerial drone next time to shorten the recovery period. An important lesson that should be realized here is that predictions are just that -- predictions. It is important to plan for the unexpected in payload projects because of the large number of variables and problems that can occur. 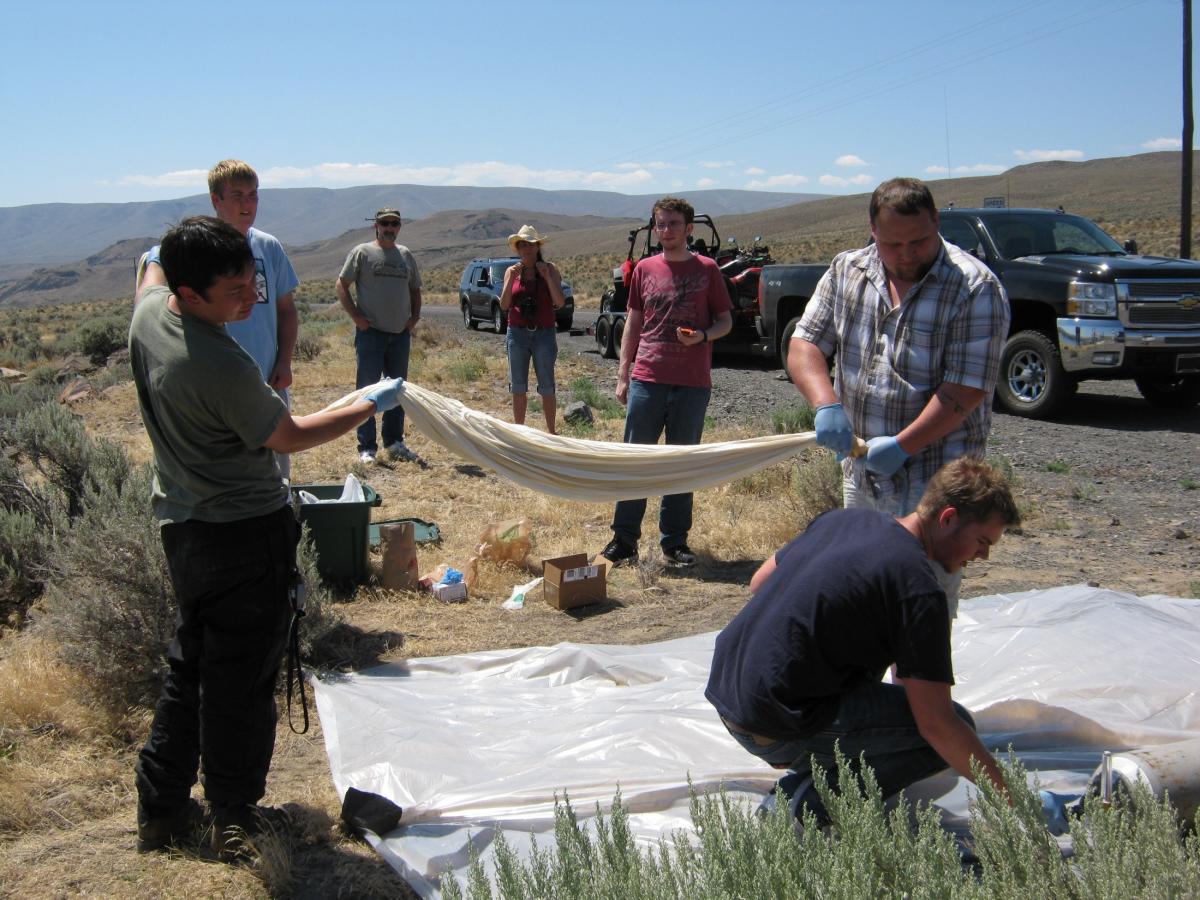 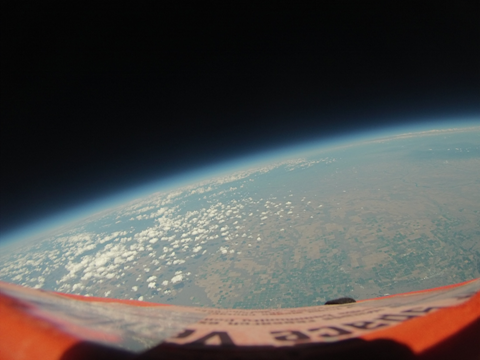 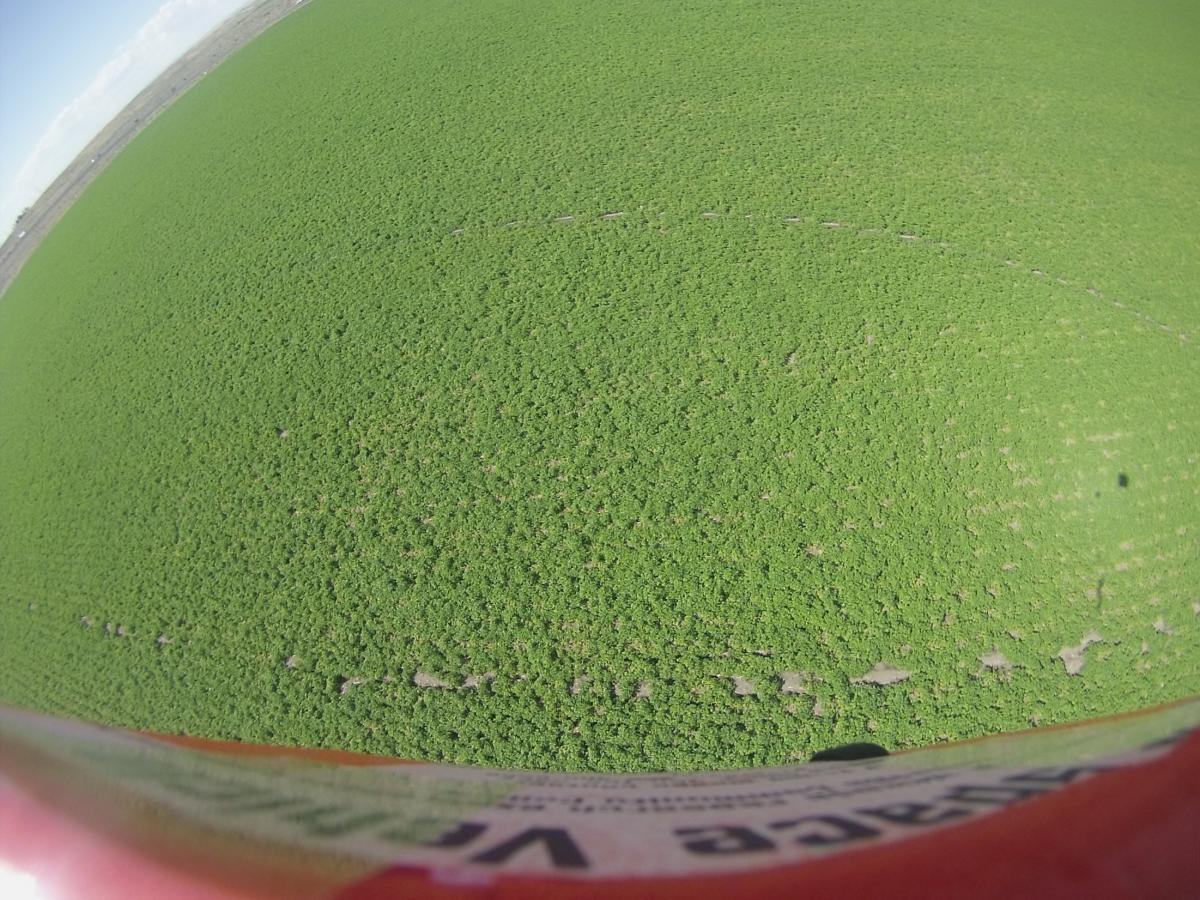 Potato field that the near-space vehicle landed in 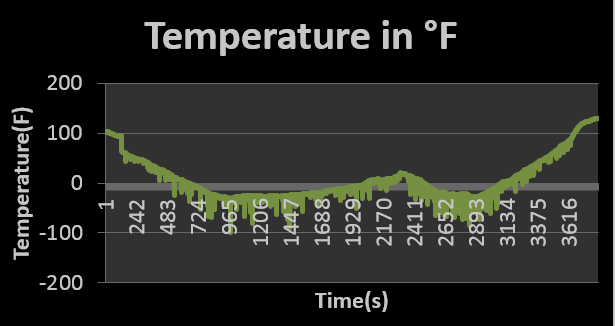 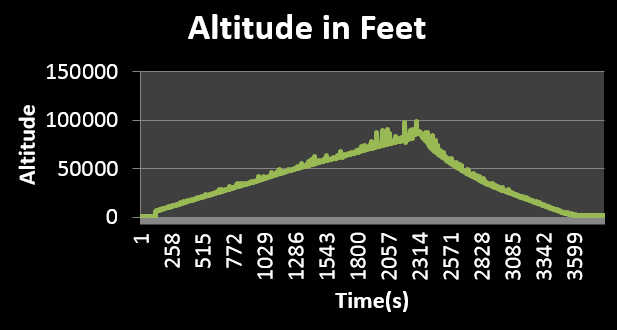 Quote from Blake Wiley, a student leader in the project:

"The near space balloon projects are an awesome way to get people interested in engineering/science fields of all kinds! There is great satisfaction in helping in a mission that not many people have accomplished and you are able to recover NASA quality pictures of the Earth!"